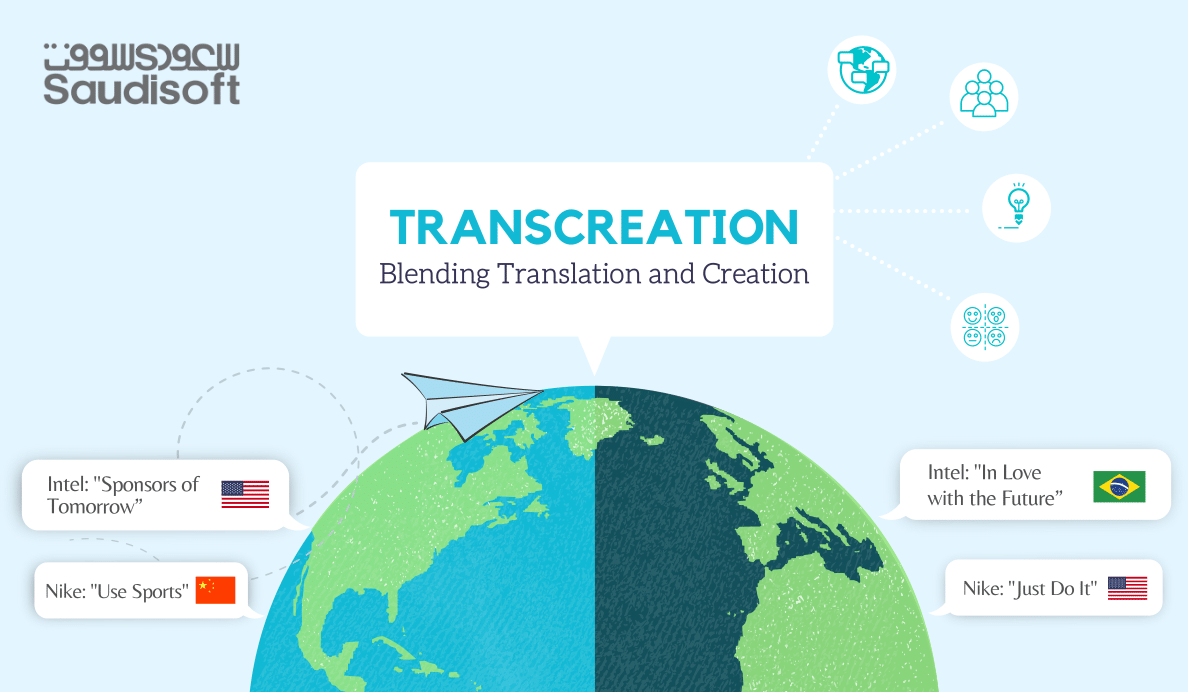 It’s a unique process that involves adapting a message to make it culturally appropriate for the target audience in terms of feelings, reaction and ideas. This process usually ensures that the same message has the exact emotional impact on different audiences around the world. With globalization continuously growing, the demand for transcreation is becoming incredibly popular in the advertising,  marketing and creative sectors.

This service is not usually required for rendering hard facts such as numerical analysis reports as it displays facts with no emotions, this would require a translator specialised in your industry. A transcreator is usually a translator with the skills of a creative writer in terms of creativity, being imaginative and having the ability to distance themselves completely from the original text to achieve the same reaction in the target audience with the different cultural preferences.

Still can’t decide whether to transcreate or translate? Ask yourself the following questions:

Our creative language professionals convey your key marketing messages by using the source text as a reference to result in new text, not translated text. We provide you with suggestions for changes and how to adapt certain aspects of the project, for example: text, clothing and appearances, character names, food and beverage, etc, to adapt your key messages to suit your cultural needs. Our cultural adaptation reports cover different assessments: linguistic, graphics and cultural. In addition, our team fully understands the regulations, censorships and follow policies to each country’s media authority in the Middle East such as: GCAM for Saudi Arabia and the Egyptian National Media Authority for Egypt.

Book your consultation to get your global messaging strategy.