The more you work in the translation industry, the more you discover funny things about Languages….

here are some Amazing facts I want to share with you:

1. The Man Who Speaks 50 Languages

The 54 years old Prof. Alexander Arguelles. An American linguist who can read about three dozen languages, speak, translate and teach most of them.
He said once "If I were kidnapped tomorrow and dropped in an unknown region, I think there are only a few very remote areas I'd struggle to make myself understood."

2. The Most Spoken language in The World Unlike what you might think, Mandarin - one of Chinese Language Group- is the most spoken language in the world with 845 million speakers.
At present, there are more than 6909 distinct languages on Earth. Nevertheless, most people Speaks only 25 languages.
It is difficult for you to learn some languages according to your mother tongue. For example, if your mother tongue is English, it may be difficult to learn Mandarin, Arabic, Chinese, Japanese, and Korean.

3. The Most Three Authors Their Works Were Translated 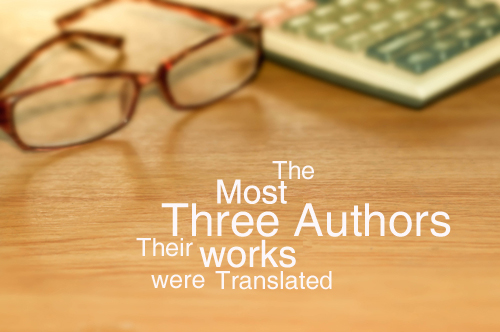 4. The Most Electronically-Used Languages in The World also, check out Translation tools now and then If you are an investor looking for the best market to invest. I guess the translation industry is one of the best choices.
According to Globalization & Localization Association (GALA), the market size of translation is about 40 billion $ in 2016 and it may increase to 45 billion $ in 2020.
The expected annual growth rate is from 6.5% to 7.5% until 2018.

6. The Most Translated Document 7. The Most Amazing Statistics about Translation • The word "translate" is originally Latin and it means to move or change.
• About 78% of the books have been translated into English and French within the first decade of the 21st century.
• Although there is no similarity between Arabic and English, the punctuations of the two languages are very similar.
• French, German and English, are among the most translated languages.

thanks for the amazing info